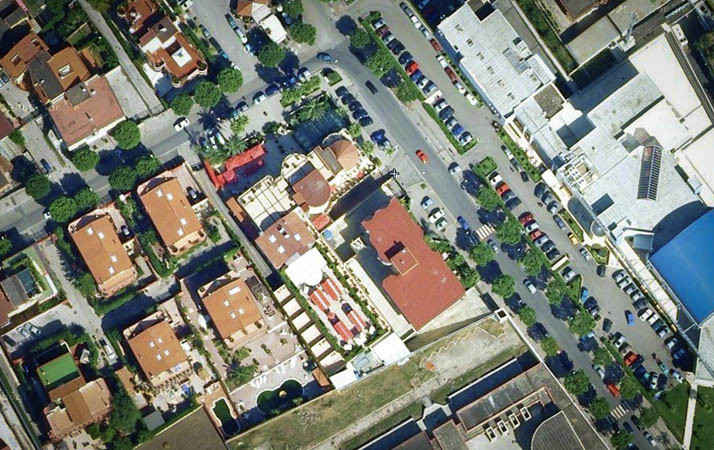 Our hotel is particularly recommended for business guests, thanks to its proximity to Naples International Airport, motorway junctions and the industrial district of Naples, Caserta and Pomigliano.

Drive for 300 m and turn right in via Don Minzoni, right again in via Petrarca and then left in via Famiglietti. Take the first left, via Raffaello Sanzio.

Once at Naples Central Station, go downstairs and follow signs for the Circumvesuviana trains and catch the train to San Giorgio (platform 1). Get off at Madonnelle, the hotel is a 15 minute walk from there.

Whether you’re renting a car at the airport, from there move towards via Nuovo Tempio, take the first right, via Francesco de Pinedo (SS87). After 1 km, keep driving on via Circumvallazione for about 4 km and follow the junction on the left. Keep on the right at the first crossroads, then left at the second one.

Pull off at Volla exit, via Filichito (SP69), then turn left in via Monteoliveto and right in via Petrarca. Turn right again, in via Famiglietti, then take the first left, via Raffaello Sanzio: we’re on the left.

As an alternative, you can also get here by taxi.

The food farming centre of Naples is just 1 km from the hotel: it groups different industries aiming to improve local produce and simplify its traceability.

Pomigliano is one of the most important industrial areas, mostly represented by Alenia, an aeronautical engineering company, and Fiat Group.

The business district of Naples is 9 km far and can be easily reached both by Circumvesuviana trains and by car.

It only takes a few train stops to get to Naples city centre. Discover all its energy through food markets, shopping, traditions and culture.

For a shopping break nearby, just cross the street and you’ll find Le Ginestre, a shopping centre with a superstore and a wide choice of shops.

The hotel is just 6 km from the Vesuvius National Park, a natural reserve home to over 200 plant and animal species, theme tours to explore the famous volcano.

The excavations of the buried city are one of the most visited sites in the world. An open-air museum and a strong memento of what happened in just one night in 79 b.C.

Book here, you'll find the best available rate online!
Did you find the same room at a lower rate elsewhere? We'll match that price plus an extra 10% off.